How To Weatherproof Christmas Lights and Decorations.

A Brief History of Christmas lights.

The Christmas tree was adopted in homes in 18th-century Germany, where it was occasionally decorated with candles. Since candles were a relatively expensive source of light, Christmas trees were primarily in upper-class homes. Early electric Christmas lights were introduced in the 1880s with the introduction of electricity.

The first known Christmas tree, lit by electric light was created by Edward Johnson. Edward was an associate of Thomas Edison and was the vice president of Edison Electric Light Company. His Christmas tree was wired with 80 red, white, and blue, walnut sized, incandescent bulbs. This electric powered Christmas tree was displayed on December 22, 1882. After being published in a Detroit newspaper, Johnson became known as the Father of Electric Christmas Tree Lights. Since Christmas lights were too expensive for the average person, electric Christmas lights didn't arrive in the majority of households until 1930.

Christmas lights were strictly indoor decorations until 1904 in San Diego, 1909 in Appleton, Wisconsin and 1912 in New York City. These were the first recorded instances of Christmas lights being displayed outside. McAdenville, NC claims to have been the first in 1956. Rain has been a problem ever since.

Begin by making sure the extension cord or lights are NOT PLUGGED INTO THE OUTLET. Never work with live wires. Always unplug from the outlet before touching or making changes to any outdoor device. Rain Block gaskets and kits MUST be used in conjunction with a properly tested and functioning GFCI outlet. 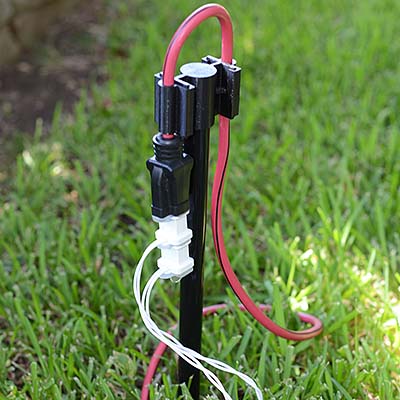 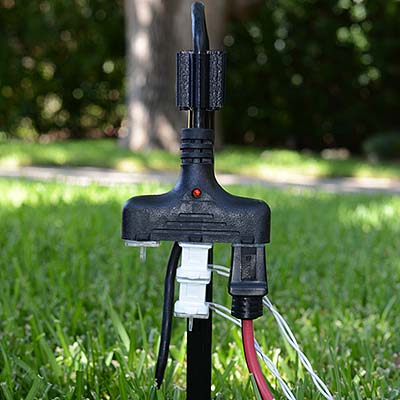 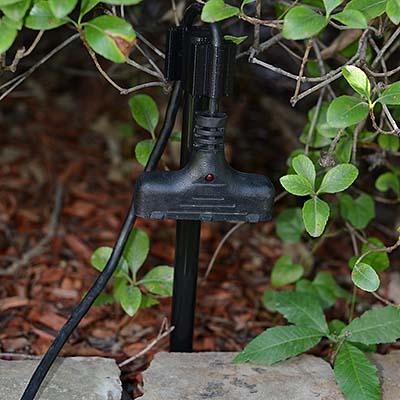